BIPOLAR DISORDER : WHY ME? 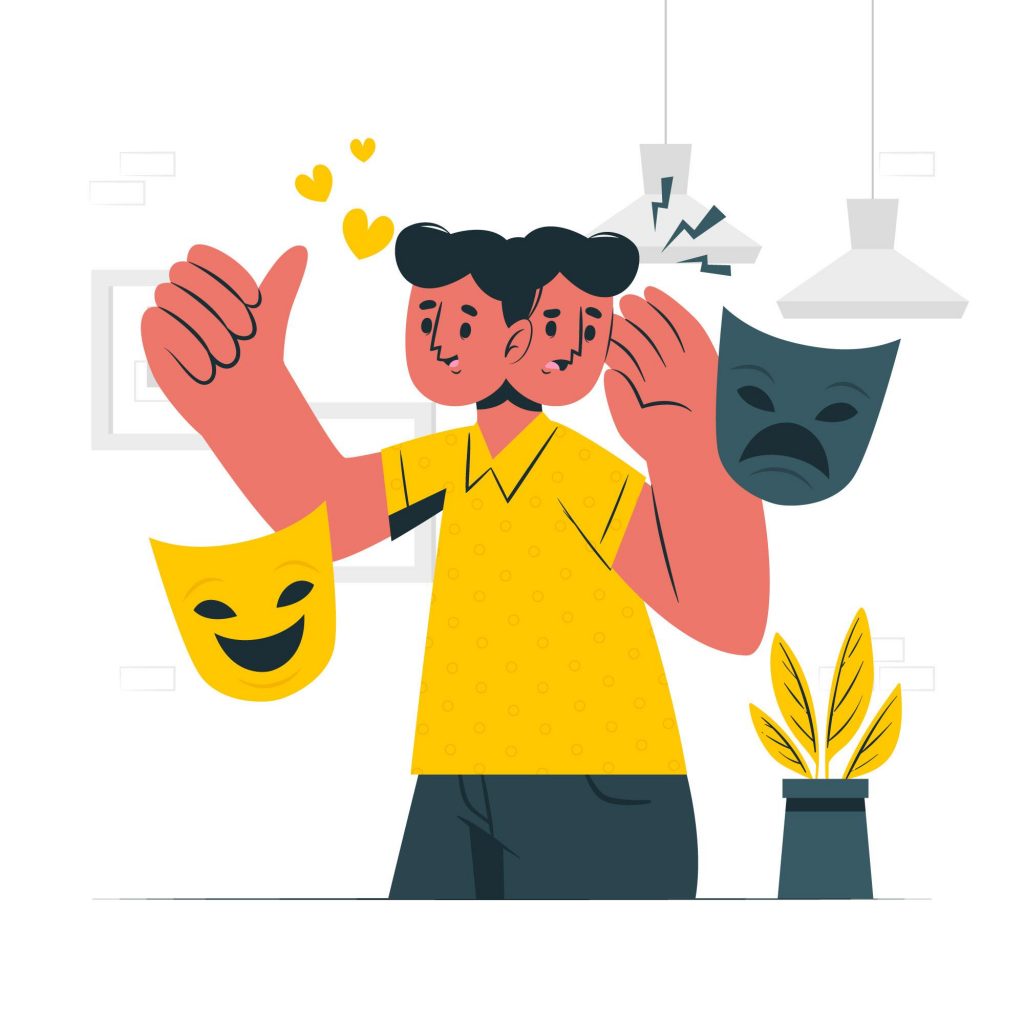 I am Divya ,a 23 year old. My story was similar to any young adult till 2 years back when I was diagnosed as bipolar disorder or maniac depressive.

I was studying in a college in Delhi University, leading a normal life of a fun loving college student. Born in upper class family I never had issues with money or comforts. I did whatever you did in college; party with friends, bunk classes, going for movies and so on. I do not remember exactly when but near the end of my second year I started getting little quite. As far as I can remember I always loved people and company but suddenly I started losing interest almost in everything. I was always too active on social media so much so that my parents had to snatch my phone at times and suddenly I stopped interacting all to-gather. I had been a runner all my life, running in a park or treadmill; I could easily run for 45 minutes. During those days each morning I would try to get up but I couldn’t, it felt there was no power in my limbs.

Gradually my thought process started becoming slow and erratic. Everything lost its meaning. I started to spend less time on dressing, forget dressing I did not take shower for days together, I was withdrawing from my friends. The friends who were centre of my life were suddenly shunned by me. One day I was gripped by fear, I don’t know fear of what, it seemed I was in an abyss, there was darkness enveloping me .I could not get up from the bed, there was no energy, I felt drained. I had a feeling of emptiness in the pit of my stomach. I wanted to call out for my mother but words did not come to me, I staggered to her room and howled and howled. My parents, who had never seen me like that, were in a state of shock. My mother made me lie down and asked what was it .I could not answer her; I had lost my power of speech. They were overwhelmed to see me like this. They could not make head and tail about the whole situation.

They called the family doctor, who was equally confused. He asked me if there was a broken relationship or something that was bothering me but I myself had no clue. He gave me an injection which calmed me down. Next day my parents took me to a psychiatrist referred by the family physician.

I did not want to be labeled an insane and see a psychiatrist but my parents were convinced that I needed help. It was beginning of my journey to psychiatrists.

I was diagnosed , a case of clinical depression .He put me on pills which were suppose to lift my mood, I was told to come back after a week.

My father diligently gave me those pills and with reluctance I gulped those down. The pills made me groggy and I was fogged out most of the days. We revisited the doctor the subsequent week, with more pills added to the old prescription. My crying had disappeared, was it because I was sleeping most of the time or was it because the pills were augmenting my deficient neurotransmitters.

There was a gradual improvement in my communication skills, I started responding to my parents in monosyllables but I was surely gaining my energy back. I started taking interest in things around me, I was becoming confident, and life did not seem meaningless any longer.

I resumed my college and felt stronger to face any challenge .I think my parents were relieved but unfortunately it was temporary, gradually my symptoms started to shift to the other end of spectrum

I became too energetic and world was the most beautiful place to live and I forgot all about the feeling of helplessness but became aggressive, gregarious, beaming with life and full of ideas. In one of my euphoric spells I spent Rs 50,000 on things which I did not need or cared for much. My parents did not fuss over it as they did not like the old me but they rather have a daughter who was happy and living. My aggression was increasing and knew no boundary; I was always getting caught in some kind of controversy. In one of my mad frenzy I pushed my maid for not giving glass of cold water, I yelled at her ,went after her with a knife I think that incidence shook my parents. They consulted the family doctor who advised admission in a psychiatric clinic for me.

Here I met Dr Gupta for the first time. He spoke to me for good 2 hours; my parents were questioned even longer. I was put through a battery of test, he made the diagnosis of bipolar disorder was admitted at Tulasi Psychiatric and Rehab Centre. I was started on mood stabilizers and pills to calm my nerves.

Initial few days were fuzzy, but gradually medicines were toned down. I was given literature on bipolar disorder to read. My Counselors was very encouraging. The team was very understanding and caring. I was released after 3 weeks, and was advised to follow up as a day care patient. Since then I have been regularly taking the pills and going for counseling sessions. My symptoms have not surfaced again. I am glad things are manageable. The only question which bothers me at times is ‘why me’.