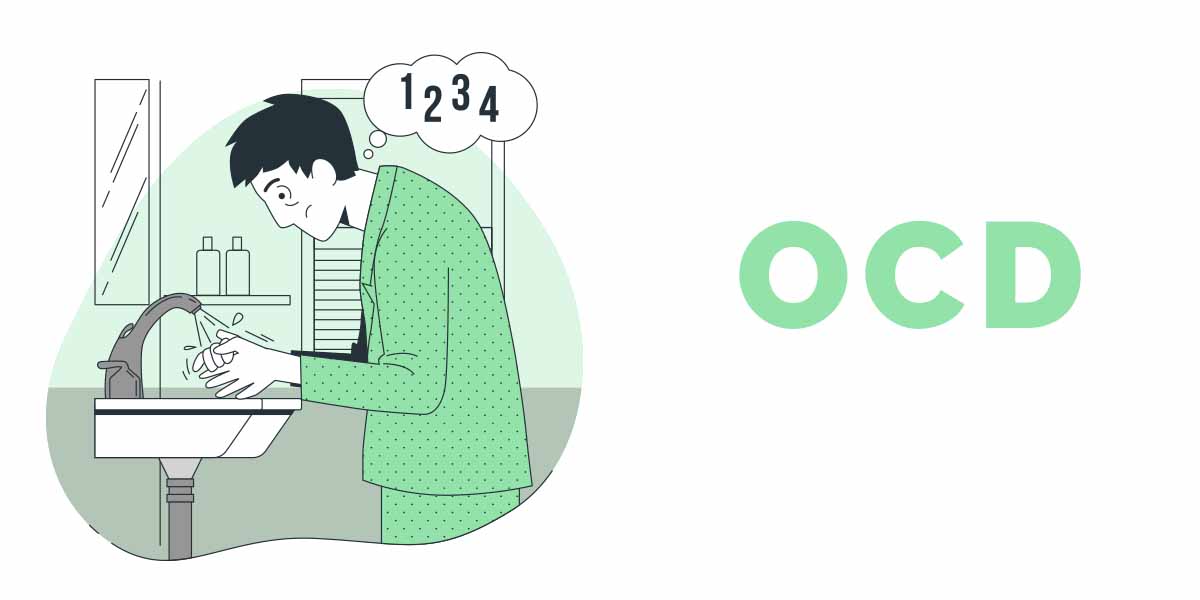 What is Obsessive – Compulsive Disorder (OCD)?

OCD is a mental health problem characterized by an obsession or compulsion, as well as distressing behaviors and thoughts. Routine duties can be difficult for someone who suffers from OCD. A person with OCD is likely to:

OCD can affect different people in different ways. It may involve:

A person with OCD may feel compelled to look for problems frequently. This could involve the following:

Some persons with OCD have an uncontrollable urge to wash. They may be concerned that the objects they come into contact with are polluted. This can result in: If they believe they have been abused or criticized, some people feel contaminated. They may attempt to wash away this sensation.

This is characterized by a person’s inability to discard used or useless items.

This is characterized by an inability to stop unpleasant ideas from recurring. These can include acts of violence, such as suicide or injuring others. Although the ideas may be distressing, the person is unlikely to act violently as a result of them. Even if there is no evidence, a person with this type of OCD may believe they are a pedophile.

To avoid discomfort or danger, a person with this type of OCD may feel compelled to arrange objects in a specific order. They may, for example, rearrange the books on a shelf on a regular basis.

Obsessions, compulsions, or both are common symptoms of OCD. These can be upsetting and interfere with a person’s ability to carry out daily tasks. Learn more about obsessions and compulsions in the sections below.

While everyone worries, people with OCD might become overwhelmed by their worries, making it difficult to carry out daily chores. The following are some of the most common sources of this anxiety:

Not every habitual action is a compulsion. Most people utilize repetitive behaviors to assist them manage their daily lives, such as bedtime routines. However, for someone with OCD, the desire to engage in repetitive behavior is strong, it occurs frequently, and it takes time. It’s possible that the behavior will become ritualistic. Here are a few examples:

Experts are unsure what causes OCD, although there are several ideas. Environmental, genetic, neurological, behavioral, cognitive, and genetic factors may all play a role.

OCD appears to run in families, implying a genetic link that experts are looking into.

This incidence of OCD symptoms is sometimes referred to as pediatric acute-onset neuropsychiatric syndrome by doctors (PANS).

When a person identifies an object or condition with a fearful sensation, they begin to avoid that object or situation, which is what OCD is known for.

Most people have undesirable or intrusive ideas from time to time, but for persons with OCD, the importance of these thoughts increases. A person suffering from OCD may become convinced that the action in the thought will occur. As a result, individuals take a lot of extra steps to avoid the threat or risk.

People with a genetic or environmental predisposition to OCD may be triggered by stressful life experiences. OCD can also coexist with PTSD, or post-traumatic stress disorder.

When diagnosing OCD, doctors seek for particular criteria, such as: There are other additional illnesses, depression and anxiety, for example, have symptoms that are comparable to OCD, and they can also occur alongside OCD.

There are treatments for OCD that are effective. The best strategy is determined by the person’s symptoms and how they affect his or her life and well-being. A few viable options among the reliable sources are:

This style of psychotherapy, also known as CBT, can assist a person in changing their thoughts, feelings, and behaviors It may necessitate the use of two distinct treatments. Exposure and response prevention (ERP) and cognitive therapy are two trusted sources. ERP entails: The person is encouraged to examine and review their ideas about the consequences of engaging or refraining from engaging in obsessive behavior as part of cognitive therapy. The therapist then urges the individual to:

Selective serotonin reuptake inhibitors (SSRIs), a type of antidepressant, are one of the medications that can aid with OCD treatment. About half of all persons with OCD do not respond to SSRIs alone, and doctors may give antipsychotic drugs as well.

Even if a person with moderate OCD is not treated, their symptoms may improve. Symptoms with moderate or severe OCD, on the other hand, may not improve and may worsen without therapy. Treatment is effective, but it requires a long-term commitment. OCD symptoms can resurface later in life in some persons. Anyone who thinks they could be suffering from OCD should seek expert help.